I have had an odd uncomfortable feeling roiling just under the surface of my consciousness for a while now. I need to own something or I will never work my way past it. I am a lazy writer.

There. I said it.

To be honest, I have probably said it a hundred different ways in various posts on this very blog. But I am so lazy that I can’t even just come out and say something. Beating around the bush is one of my specialties. In fact, it’s probably one of my Super-Powers. Avoidance is the other Super-Power that makes me the particular breed of Superhero of Awesome that I happen to be.

I just recently reached out to a writer I admire (if she’s reading this, she knows that by recently I mean in the last couple of days) for some advice. I asked for her advice because I know she is a diligent, competent, and dedicated writer. I know she can take a FANTASTIC novel and completely rewrite it based on feedback and marketability considerations. I’ve seen her do it. I’ve seen what I thought was a remarkable fantastic amazing incredible book agented and contracted by a publisher—and then, miraculously, dissected and completely rewritten to be something other than the book that was originally written.

In essence, this writer has written 2 great novels…and because she is courageous and UNLAZY, she was able to hunker down and reconstruct her novel.

I, on the other hand, cannot re-imagine my work–because I don’t invest anything into it during my first draft stage. Sometimes, I have to admit, I haven’t really even read my work from cover to cover prior to publication. This is NOT to say it doesn’t go through various editing stages. Every one of my novels have been edited and edited and edited. By me, then by critique groups and friends, then by my agent, then by my publisher. But I don’t REALLY connect with my work the way I should. I don’t KNOW it enough to get into the thick of it and do MAJOR edits–story changes, plot removals and additions. I don’t consider plot…I just WRITE THE STORY. 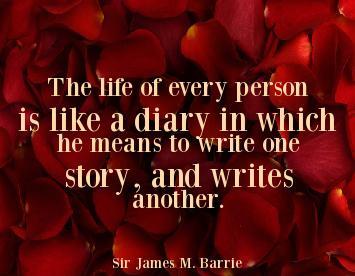 I am lazy. I should realize that the next level isn’t something I will get to merely because I want to get to it. It’s going to take effort, work…blood, sweat and tears. This is not something I really invested into my work to date. I write like the ending is the goal…just get it out because I don’t like the taste of it and I want the meal to be over. I want to throw the dishes into the dishwasher and be done with it. And move on to the next mediocre meal.

That sounds like I don’t love what I do. But I assure you, it’s not the case. I love writing. I love finding out what happens next. I love discovering. I just don’t know how to put effort into something after I’ve discovered it. I don’t know how to UN-discover a story—and change it to make it a better story.

I asked this writer friend of mine for advice–I’ll call her MEG (oh my god, I’m clever!)–because I knew/know how capable she is of doing the parts of writing that I’ve been failing at. Writing isn’t just WRITING DOWN THE BONES and washing your hands of the efforts. Writing is taking the bones and wrapping them with flesh, rearranging the bones into a prettier body. Meg has done this with glowing results. I wanted to tap into that wisdom. And she was gracious enough to offer advice.

Today, I’m going to try to take that advice…and the advice she didn’t really know she was giving. The BIG PICTURE advice she offered simply by showing me that YOU MUST CONSIDER THE BIG PICTURE. You need to step back from your story and analyze it. Imagine that! I’ve been so remiss. I hope I can somehow turn over a new leaf and start working more diligently. Story isn’t scaffolding. Scaffolding should only be used when you’re working on the facade of the story. You need more finesse than that once you get the structure down pat and begin to work on the interior. The interior needs to shine. And the finished result cannot show the scaffolding. What reader wants to look at your lazy unquestioned unexplored scaffolding when they open your book to read a completely realized story?

Thank you, Meg. I knew I could count on you for an honest critique and assessment.