I occasionally attempt to retrace the steps that brought me to being a writer. The funny thing is, every time I retrace my steps, I come up with a different path, different reasons, different excuses. Maybe some of us were just born to witness, to tell, to retell. Maybe writing is a gene we either get or don’t get? Or a virus one is born with…A virus that lies dormant until a certain je ne sais quoi occurs, igniting the disease into full bloom. Je ne sais quoi sounds so frilly, don’t it? Calm down, it simply means I don’t know what. Which is the thing that would happen to ignite the virus–I don’t know what.

If I were to look at the evolution in terms of books read, I might be able to come up with a SIX DEGREES OF SEPARATION list of books that brought me from child to writer. Actually, I could probably come up with a different list daily, and argue why each of the books on each of the lists deserves to be there. Let’s try these 6 degrees from my today’s me, shall we? Six books with explanations as to why they were an integral part of my journey from child to writer.

I almost always go back to this book as my IN THE BEGINNING, my Genesis. Perhaps it IS my Book 1. It made me love the way words sound, even before I could make them myself. It made me love the music of language. Rhyme is a kind of art onto itself, no? It makes whimsy and play out of a language that exists for the very serious and no-nonsense purpose of communication. All the Dr. Seuss books, in their turn, ignited a love of words and language in me. Even the made up words made my heart go pitter-patter. To this day, I still hope to one day come upon a Zizzer-zazzer-zuzz or a truffula tree. One cannot underestimate the importance of word play. It sticks with you.

BOOK 2 –CHARLIE AND THE CHOCOLATE FACTORY 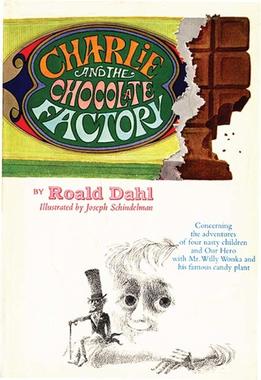 Another one I cannot leave out is Roald Dahl’s Charlie & the Chocolate Factory. I’ve heard so many horrendous things about this creator in the time between my first reading of Charlie and now. But it would be revisionist of me to pretend this book didn’t change the course of my future. It was probably around 1972 when I first read it. Give or take a year. This book made me want to be a writer. I could stop here. But it wasn’t enough. We often forget the things that call to us when we are children. We lose sight of them. We need some sort of 2nd awakening to bring us back into the fold. So this book gets credit for making me a more voracious reader and planting a writing seed that would lay dormant for a while, just waiting for that je ne sais quoi to come knocking and wake it up. 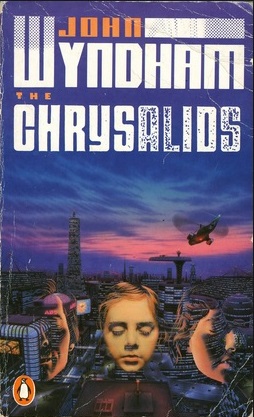 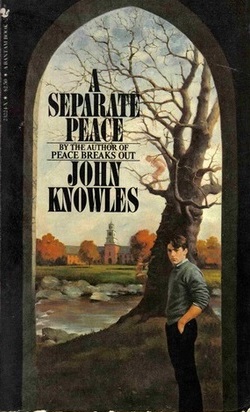 Here’s where it all becomes foggy. So many books in my teen years would fight for this all-important #3 slot in my 6-step journey to writer. I think, today, I’ll choose A SEPARATE PEACE by John Knowles. (One of the books that are on the sidelines screaming WHAT ABOUT ME is The Chrysalids by John Wyndham. A Separate Peace spoke to me in more ways than one. I fell in love with the friendship, the envy and spite and greed. The darkness was something I could understand. And the hero-worship. It was an unsettling read. It made me want to write a story that would emulate it, pay homage to it. It was a real stepping stone from READER to WRITER. It made me think, ‘I could do this’. Or at least it made me want to try. 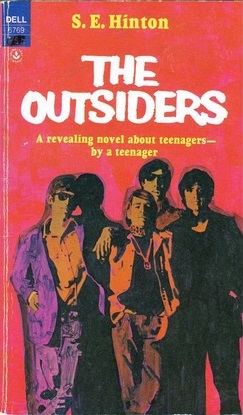 Still a teenager. Still a dreamer. I came upon THE OUTSIDERS by S. E. Hinton. This was a story of underdogs. And of reaching up out of that existence into something better. The characters were outsiders…it was right there in the title. Yet, they were allowed to have a story. The story was allowed to be about them. I loved that concept. I was a major outsider at the time and finding that book was everything. It was reassuring to know that Ponyboy Curtis could be looked down on as an outsider, and yet still have all these hopes and dreams and thoughts and feelings. And to see all the good in these boys who were so quickly cast aside by society? Their hearts were golden, even when they struggled to survive. This was such a nuanced story. It made me look into the scaffolding of storytelling. I wanted now to see the underbelly, to take it apart and see how it worked…just like my younger brother would often take mechanical toys apart to see how their cogs and wheels and belts and whatnot worked. This was the book that made me dissect…an important and crucial step in the journey towards becoming a writer.

BOOK 5 – Fast Forward a Bunch of Years and Bold, Italics, and Underline the Title for Emphasis – WRITING DOWN THE BONES

The fifth book that brought me to writing, at least as I list them here today, is probably WRITING DOWN THE BONES by Natalie Goldberg. When I found this book I was in the middle of something of a breakdown, searching desperately for books to save me. I was scouring the library reading this, that, this, that, this, that. I was desperately seeking Susan. Aside from the odd scrolled and jotted down poem, I had all but abandoned WRITER. I made my way through fiction at my library, but it wasn’t enough. I tried biographies and read about so many different lives. Nope. Still searching. As it began to feel somewhat like a spiritual search, I snuck into the spiritual and religious section of the library. I read about different religions, practices, etc, etc. One week I was a Buddhist, the next I was in love with Paramahansa Yogananda. And then I fell into a book called LONG QUIET HIGHWAY – A MEMOIR ON ZEN IN AMERICA AND THE WRITING LIFE. Hello! I loved everything I read about Zen. I still secretly harboured that WRITING LIFE thing…if only to whisper this aspiration only to myself, and only in the dark where I couldn’t see. That’s a lot of ONLYs. So, I read this amazing book LONG QUIET HIGHWAY, and it ignited a spark…I adjusted the course and found another book by the same author– WRITING DOWN THE BONES. This is such a simple book that spoke to me simply. It made me remember that I wanted to be a writer. Goldberg was so gentle in her guidance to writers in this book. Her way of demystifying writing and writers gave me the permission to at least TRY. I was like baby Groot. “I AM WRITER.” It might have been the only three words I could say, but I said them on repeat until it became something more real.

BOOK 6 –THE FEAST OF ALL SAINTS

Whoa! I think I arrived at writer before a full six degrees of separation had the opportunity to occur. I’ll stick one more book here at the end and merely because it set a fire in me as far as storytelling goes. After I had decided to wade into the pond and try my hand at writing, I stumbled upon Anne Rice’s THE FEAST OF ALL SAINTS. It’s her homage to Great Expectations, which is another book that I read in childhood that made me fall in love with story. When I got to the last page of The Feast of All Saints, I literally turned back to page one and began to reread it. I found everything about that book gorgeous. Forget about the Vampire Chronicles (I also enjoyed the first 5 or 6 titles in that series but, for me, they paled in comparison to Feast). This book was the book that solidified in me the desire to not only tell a story, but to tell a story well.

Is it possible for the path to writer not to be taken through a literary garden? Maybe. There could be some out there who just want to write without first reading. But I can’t imagine it. I know not how I came to writing, really, but I do know I entered into it as a reader.

So, what are your six degrees of separation? What six books make up the cornerstone of the writer you’ve become?