Four of my novels are now up on Kindle Unlimited! This means if you have Unlimited, you can download them and read them for FREE. 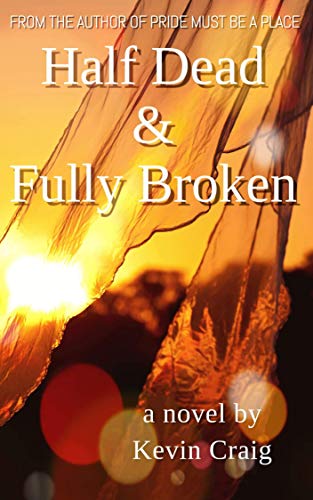 HALF DEAD & FULLY BROKEN – Carter Colby is the most unpopular teen at Jefferson High. This would be easier to deal with if his identical twin brother, Marcus, weren’t the hottest, most popular boy in school. When Marcus is killed in a motorcycle accident, Carter discovers the one thing more painful than trying to compete with Mr. Wonderful: wearing his dead brother’s face. He felt invisible before the accident, but with Marcus dead, everybody turns away from him in mourning. How can he blame them? He can’t bear to look in the mirror. When Carter begins to see Marcus’ ghost, Mr. Wonderful’s quest to save the world and spread happiness may not be over after all, even in death. Marcus knows that Justin Dewar, the boy who drove the truck that crashed into his motorbike, is struggling with the guilt of taking a life. Melanie, Marcus’ mourning best friend, was also hit hard by the tragedy. Marcus wants to make things right before it’s too late. With Marcus’ help, Carter experiences love and friendship for the first time in his life. But is Mr. Wonderful’s helping hand enough for Carter, Melanie, and Justin – three kids fully broken by the tragedy – to save one another?

SEBASTIAN’S POET – Sebastian Nelson is a boy in search of a family. Abandoned by his mother, Sebastian is left with a broken father who doesn’t even seem present when he does show up. Forced to be the main caregiver of his younger brother, Renee, and lost in a sea of indifference, Sebastian only wants to experience the love a real, stable family could afford him. One morning he discovers the famous folksinger, Teal Landen, asleep on the sofa. Teal’s nurturing nature brings an immediate sense of security into Sebastian’s tumultuous life. But a dark secret looms between Teal and Sebastian’s father of a hidden past. Sebastian is driven to discover their secret, but also he’s aware of how tenuous their hold on Teal really is. He doesn’t want to lose the feeling of home Teal’s presence has brought him. If Sebastian pushes too hard, he could lose Teal forever. He could be destined to raise his younger brother alone, while witnessing the total decline of his emotionally devastated father. If Sebastian is abandoned by the only healthy influence in his otherwise shaky existence, he will also be forever in the dark about the secret that will reveal so much about his fractured family. Sebastian’s Poet was the winner of the 2007 Muskoka Novel Marathon’s BEST ADULT NOVEL AWARD. 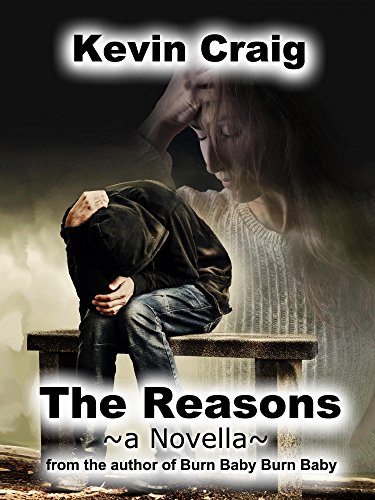 THE REASONS – With a mostly absent father, a deceased older sister, a younger sister on the verge of invisibility, and a certifiably insane mother, Tobias Reason is forced to grow up quickly. Though he tries to be a surrogate parent to his sister, their broken mother, Maggie, takes up a lot of his time. Annabel falls to the wayside and becomes a ghost in their chaotic existence. When Maggie flippantly hands her mother’s house over to Tobias, he sees an opportunity to learn how and why his family became so shattered. Be careful what you wish for. When his world begins to collapse from the weight of un-buried secrets, he focuses on a stranger from his parents’ past. Only by eliminating the past, he believes, can he make his family whole again. The Reasons won the Muskoka Novel Marathon’s 2008 BEST ADULT NOVEL AWARD. 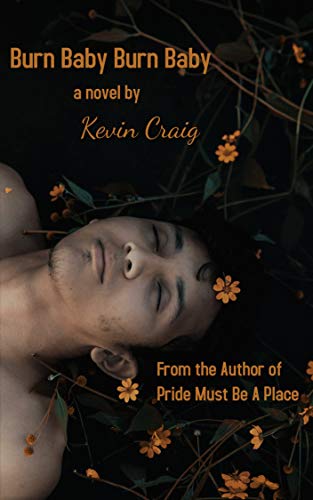 BURN BABY BURN BABY – Seventeen-year-old Francis Fripp’s confidence is practically non-existent since his abusive father drenched him in accelerant and threw a match at him eight years ago. Now badly scarred, Francis relies on his best friend Trig to protect him from the constant bullying doled out at the hands of his nemesis, Brandon Hayley-the unrelenting boy who gave him the dreaded nickname of Burn Baby. The new girl at school, Rachel Higgins, is the first to see past Francis’s pariah-inducing scars. If Brandon’s bullying doesn’t destroy him, Francis might experience life as a normal teenager for the first time in his life. He just has to avoid Brandon and convince himself he’s worthy of Rachel’s attentions. Sounds easy enough, but Francis himself has a hard time seeing past his scars. And Brandon is getting violently frustrated, as his attempts to bully Francis are constantly thwarted. Francis is in turmoil as he simultaneously rushes toward his first kiss and a possible violent end.

READ ALL FOUR FOR FREE WITH KINDLE UNLIMITED!

Here’s my AMAZON AUTHOR PAGE where links to all my books can be found!