When I first set out to write my young adult novel THE CAMINO CLUB, I had a few things in mind. A major one was The Breakfast Club. There were parts of that (badly aged) movie that I admired. As I was a punk rocker in my teen years in the early to mid 80s, I knew about cliques and how hard it was to break free of them (or protect yourself from others). I also knew that, if given the chance, the people steadfast in their rigid clique-y groups would easily break free once they found common ground. I had experienced that phenomenon myself in high school. The other thing I had in mind was the fact that prisoners on the Camino de Santiago pilgrimage route has been a thing for many many years.

Essentially, what I did was take The Breakfast Club idea and spread it out over a longer time-span while moving it outside. With one big exception. I didn’t just abandon and neglect my teens and allow them to fend for themselves. I put counselors in the thick of things with them. If prisoners have walked the Camino to regain their freedom for possibly hundreds of years, then why couldn’t I create a fictional rehabilitation program for a few delinquent teens? 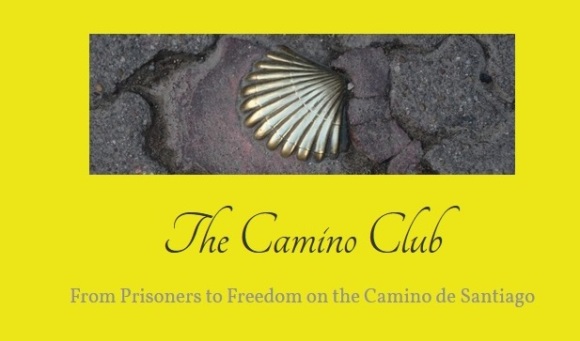 There is a long history of prison reform programs that see prisoners walk the Camino in Spain. Spain itself has such a program. HERE’S AN ARTICLE ON ONE SUCH PROGRAM OUT OF SEGOVIA, SPAIN. In it, six prisoners complete the final step of their sentence by walking a portion of the Camino.

“Walking with them are two prison educators and a volunteer from the Father Garralda Open Horizons Foundation, an NGO that has worked for the past 30 years on social-integration programs for prisoners. Jesús Hernández, the head of the group, is a veteran expert on drug addiction and reintegration programs. He was one of the first members of the prison’s treatment board.”

This particular program is about reintegration. In the past, prisoners were sent on their way to complete the entire pilgrimage route and their stamped passport books would be proof that they walked it. And once the proof was offered, they would be free. The feeling was that walking the way of Saint James changed a person. Life affirming pilgrimages would transform them and change the course of their lives for the better.

Belgium still offers 2 ‘Golden Tickets’ each year. The pilgrimage route these two prisoners have to walk is slightly different, though. Two teens set off on a 2,496 km hike to Santiago with an assigned youth worker. READ THIS EXCELLENT ARTICLE ON THE BELGIUM CONNECTION…THIS ONE ALSO DOES A GOOD JOB OF DESCRIBING MORE ABOUT THE CAMINO DE SANTIAGO ORIGINS.

A good walk can work as a medicine. For over a thousand years, pilgrims have been walking the Camino de Santiago, pushing themselves beyond what they thought was possible. In medieval times, many pilgrims would struggle to make it all the way to Santiago de Compostela and its shrine to St James. While most took the route voluntarily, some were obligated by a court to walk the path as a form of penance.

A lot of the pilgrims who make their way to the Camino are NOT prisoners at all, but also feel the need to break free…to change something about their life. They say that the Camino first enters your life as a word, a short explanation, something you hear about here and there, until it becomes a thunderous shout. The Camino calls to you. And it never stops calling until you make room for it. It may well be an extremely healing journey for prisoners making their way to freedom…but it is also an agent of change in anyone’s life. It’s no longer just a Catholic pilgrimage route to the bones of one of the apostles. It’s a path to walk when you have some thinking to do…when you want to break free of one of your own prisons. 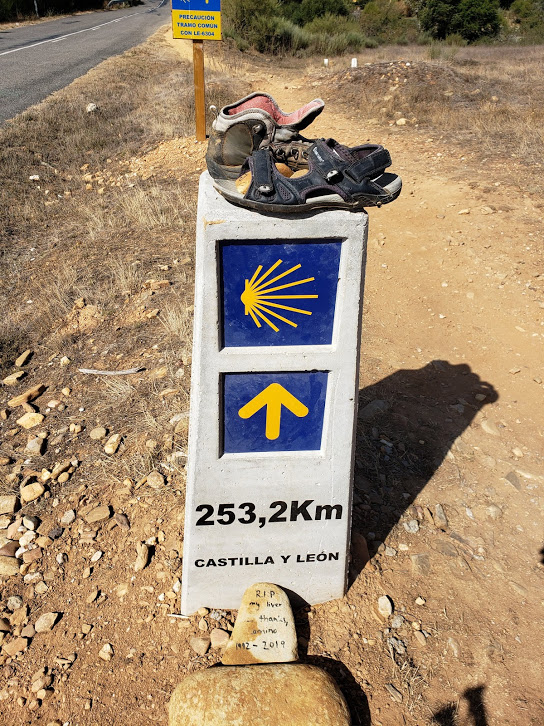 I wrote The Camino Club because my own pilgrimage on the path in 2014 showed me the power involved in putting one foot in front of the other and communing with others making those same simple movements. I didn’t make the mold when I created this story…but I borrowed it for a while and made it my own. The Camino Club drops OCTOBER 6th, 2020. If you read it, you’ll learn about my six delinquent teens who were forced to walk the Camino in order to avoid incarceration. They were not the first to do so, and they won’t be the last. The Camino is a growth experience…and people have known this about the path for hundreds of years and they took advantage of its healing and rehabilitating vibes. You don’t have to be a prisoner to walk the Camino and grow from the experience. Then again, we’re all prisoners of something…are we not?

PICK UP THE CAMINO CLUB NOW! It’s available wherever books are sold! Get it at your independent bookstore. Or visit my LINKTREE for other options!