THE CAMINO CLUB (Duet Books/Interlude Press) – After getting in trouble with the law, six wayward teens are given an ultimatum: serve time in juvenile detention for their crimes, or walk the Camino de Santiago pilgrimage route across Spain over the summer holidays with a pair of court-appointed counselor guides. When it becomes clear the long walk isn’t really all that much of an option, they set out on a journey that will either make or break who they are and who they are to become. 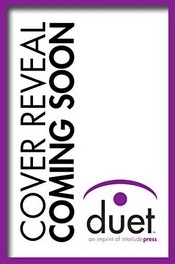 Gaige’s curiosity gets the better of him when he discovers a bookstore on an abandoned street where no bookstore should be. He steps inside and is immediately enthralled by its antiquarian sights and smells. But one book in particular calls to him. It isn’t long before he gets a bad feeling about it, but it’s already too late. The store’s aged bookseller gives him no alternative: once he touches the book, it’s his—whether he wants it or not. It’s bought and paid for and there are no returns. The book leads Gaige on a horrific descent into the unknown. As he falls into the depths of its pages, he loses blocks of time, and his friends become trapped inside ancient cellars with seemingly no means of escape. Gaige soon learns that the ancient bookseller is a notorious serial killer from previous century, and fears that he has fallen into a predicament from which he may not escape. When all seems lost, he finds the one person he can turn to for help—Mael, a sweet boy also trapped inside the book who didn’t fall for the bookseller’s tricks. Together, they race against time to protect Gaige from joining a long string of boys who vanished without a trace inside the Book of Dreams.

EBOOK NOW AVAILABLE FOR PRE-ORDER FROM THE FOLLOWING VENDORS! Also, put Book of Dreams on your Goodreads shelf!

Purchase links to follow. Add Where is Ethan Sinclair to your Goodreads shelf today!

7- PARIS AT SUNSET AND INTO THE NIGHT AND OTHER STORIES (November, 2021) – Seven short stories, beginning with 3 set in Paris, the city of love and light. This collection begins in Paris examining life, love and loss…starting out with the title story, Paris at Sunset and Into the Night. Soon, it moves into abuse and recovery in two stories (Isobel Swallows a Warrior and Sun’ll Come) about very different types of abuse. Next, go down a little rabbit hole of horror and absurdity with a quirky little haunt called Dubious Pickles. The collection is rounded out with a story of a developing relationship that blooms on a crosstown bus. Some of these short stories have previously appeared in anthologies and others have won short story contests.

BILLIONS OF BEAUTIFUL HEARTS (Duet Books/Interlude Press) – One of Four Short Stories in the COME WHAT MAY project – Wen Devante is Insta famous with a massive following and a flare for fashion. At almost 18, they have already published a book on gender nonconformity, released several songs on Spotify and appeared on television. During the first wave of Covid-19 lockdown, they reach out to an unsuspecting Kaye, one of their 2.3 million followers. The two form a bond, first through Instagram messages and then through Zoom. They discover there are ways to have a meaningful relationship despite the bleak circumstances. In fact, the pandemic seems to make reaching out even easier than it used to be. 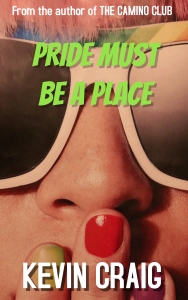 PRIDE MUST BE A PLACE – Ezra Caine is gay. He’s sort of out at school but not at home, where he fears the wrath of his father’s bigotry. When Ezra’s flamboyantly out friend Alex Mills takes one too many beatings from homophobic bully Will Carter, Ezra finally snaps. Fed up with the situation at school, he decides to do something about it. With the help of his BFF, Nettie, and some unlikely allies, Ezra rallies to create their small-town school’s first gay-straight alliance. The Rainbow Alliance Club is formed. But the changes don’t come without hiccups, one of which being a messy scandal involving Alex and a gay hook-up app. As Ezra and his friends attempt to sway their school into an alliance of tolerance and acceptance, Ezra experiences a few surprises of his own on the home-front. He also learns the hard way that friendships out of convenience aren’t always a good idea, just as some enemies might not be as bad as he originally imagined them to be.

SUMMER ON FIRE – Zach Carson is a loyal friend. But is loyalty enough to keep best friends together when one of them sets fire to the rural barn they use as the local hangout? Zach, Jeff Barsell and Arnie Wilson struggle to pick up the pieces when news spreads that a body was discovered in the burnt out shell of the neighboring home. When the word murder is used by the local police, the stakes grow even higher. When the police start searching for their most likely suspect—none other than Jeff’s older brother, and nemesis, Marty Barsell—the boys decide to join forces and come up with a way to prove his innocence. But just how innocent is Marty Barsell? When Marty admits to being at the scene of the crime, the three friends enlist the help of Zach’s annoying sister, Sherry, as well as the sympathetic town eccentric, Ms. Halverton. But can they keep it together long enough to save Marty, and themselves, from eminent catastrophe? Summer on Fire is the story of friendships, and the lines we are asked to cross in order to keep them.

SEBASTIAN’S POET – Sebastian Nelson is a boy in search of a family. Abandoned by his mother, Sebastian is left with a broken father who doesn’t even seem present when he does show up. Forced to be the main caregiver of his younger brother, Renee, and lost in a sea of indifference, Sebastian only wants to experience the love a real, stable family could afford him. One morning he discovers the famous folksinger, Teal Landen, asleep on the sofa. Teal’s nurturing nature brings an immediate sense of security into Sebastian’s tumultuous life. But a dark secret looms between Teal and Sebastian’s father of a hidden past. Sebastian is driven to discover their secret, but also he’s aware of how tenuous their hold on Teal really is. He doesn’t want to lose the feeling of home Teal’s presence has brought him. If Sebastian pushes too hard, he could lose Teal forever. He could be destined to raise his younger brother alone, while witnessing the total decline of his emotionally devastated father. If Sebastian is abandoned by the only healthy influence in his otherwise shaky existence, he will also be forever in the dark about the secret that will reveal so much about his fractured family.

THE REASONS – With a mostly absent father, a deceased older sister, a younger sister on the verge of invisibility, and a certifiably insane mother, Tobias Reason is forced to grow up quickly. Though he tries to be a surrogate parent to his sister, their broken mother, Maggie, takes up a lot of his time. Annabel falls to the wayside and becomes a ghost in their chaotic existence. When Maggie flippantly hands her mother’s house over to Tobias, he sees an opportunity to learn how and why his family became so shattered. Be careful what you wish for. When his world begins to collapse from the weight of un-buried secrets, he focuses on a stranger from his parents’ past. Only by eliminating the past, he believes, can he make his family whole again. 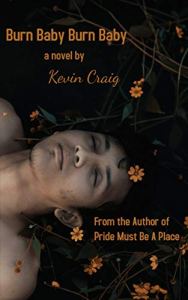 BURN BABY BURN BABY – Seventeen-year-old Francis Fripp’s confidence is practically non-existent since his abusive father drenched him in accelerant and threw a match at him eight years ago. Now badly scarred, Francis relies on his best friend Trig to protect him from the constant bullying doled out at the hands of his nemesis, Brandon Hayley-the unrelenting boy who gave him the dreaded nickname of Burn Baby. The new girl at school, Rachel Higgins, is the first to see past Francis’s pariah-inducing scars. If Brandon’s bullying doesn’t destroy him, Francis might experience life as a normal teenager for the first time in his life. He just has to avoid Brandon and convince himself he’s worthy of Rachel’s attentions. Sounds easy enough, but Francis himself has a hard time seeing past his scars. And Brandon is getting violently frustrated, as his attempts to bully Francis are constantly thwarted. Francis is in turmoil as he simultaneously rushes toward his first kiss and a possible violent end. 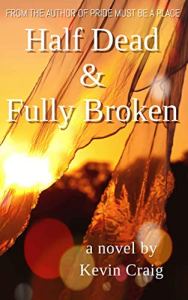 HALF DEAD & FULLY BROKEN – Carter Colby is the most unpopular teen at Jefferson High. This would be easier to deal with if his identical twin brother, Marcus, weren’t the hottest, most popular boy in school. When Marcus is killed in a motorcycle accident, Carter discovers the one thing more painful than trying to compete with Mr. Wonderful: wearing his dead brother’s face. He felt invisible before the accident, but with Marcus dead, everybody turns away from him in mourning. How can he blame them? He can’t bear to look in the mirror. When Carter begins to see Marcus’ ghost, Mr. Wonderful’s quest to save the world and spread happiness may not be over after all, even in death. Marcus knows that Justin Dewar, the boy who drove the truck that crashed into his motorbike, is struggling with the guilt of taking a life. Melanie, Marcus’ mourning best friend, was also hit hard by the tragedy. Marcus wants to make things right before it’s too late. With Marcus’ help, Carter experiences love and friendship for the first time in his life. But is Mr. Wonderful’s helping hand enough for Carter, Melanie, and Justin – three kids fully broken by the tragedy – to save one another?

LIGHT NEAR THE END OF THE WORLD: A CAMINO DE SANTIAGO SHORT STORY – Corinne began her Camino de Santiago pilgrimage way back in St. Jean Pied de Port, France, weeks ago. Exhausted, spent, and on the verge of giving up, she meets a pilgrim who gives her the inspiration she needs to carry on. But is it enough to get her there, to the famous cathedral at the end of the journey in Santiago de Compostela? Follow Corinne’s path along the Way of St. James as she struggles to carry on and to find herself along the way.

Kevin’s work has also appeared in numerous anthologies, including the following: