Literature, no matter the genre or market, more often than not lifts us…and causes us to think. I never felt this more viscerally than when I read ALL THE BRIGHT PLACES by Jennifer Niven. In my review I think I even mentioned that it’s a wonderful book that could serve to open a much needed dialogue on mental illness and how it pertains to teens.

But I didn’t myself begin that dialogue. That was a bit of a fail on my part.

I’m not one to come at things intellectually, so I won’t do an info dump with lots of percentages and facts. I wander through life heart-first. I can address how All The Bright Places made me feel, and how I related to it. Although the circumstances which brought me there are different, I suppose, than those of Finch’s, I too rode the edge of dying/not dying as a teenager. I too woke up every morning and asked myself, “Is today a good day to die?” This is the first line in the book ALL THE BRIGHT PLACES. And it is literally what I used to think to myself every day. I knew I had to read on. Jennifer Niven captured the ache and turmoil of my youth in that opening line. Verbatim.

Like Finch, the first of the two main character POVs in the book, I struggled. I was actually diagnosed with Bi-Polar disorder at one point. But I now believe that diagnosis to be inaccurate. Sometimes we run off the rails because of outside circumstances, not chemical imbalances in the brain. And chemical imbalances come about as a result of the depression we sink into because of these outward negative experiences in our lives. So, though the Bi-Polar diagnosis has never been overturned…it is not something I relate to or accept as my personal truth. When I finally disclosed my childhood trauma and began to work on the PTSD that it caused in me, I realized that it was at the root of everything else. The steps a survivor of childhood sexual abuse takes in order to survive are cataclysmic and scatological at best. They are bad choices made in a fitful panic in order to step forward through the game of life to the next tile. We don’t think long-term. There is no long term. We don’t plan the future, because we cannot imagine one. We just work our way through the maze. One step at a time. We wake up every day and we ask ourselves that important question, “Is today a good day to die?”

We try not to look in the mirror when we brush our teeth and we say, “Is today the day? And if not today–when?”

Finch’s story had me riveted from word one. Niven had somehow captured the life of a teenage boy in turmoil so succinctly that I began to think she might, in some otherworldly way unbeknownst to me, be my biographer. I mean, that’s how creeped out I became while reading this story. I kept thinking, “Oh my god. I’m Finch.” (and it got even worse when friends asked me if I had read the book and THEY said, YOU’RE FINCH!) I knew instinctively that Niven had personally experienced a loss of a teenage boy in turmoil in her past. I was not at all surprised to learn later, after having read the book, that this was indeed the case…that Finch’s character was an homage to a lost boy. She captured it too impeccably not to have first experienced it in real life.

In the end, my story turned out differently than Finch’s. I muddled through somehow. Every time I answered that morning question with, “No, not today,” I lived to see another morning. And on the mornings when I woke up and asked myself that question and responded to myself in the affirmative something always happened to either prevent me from taking my life that day or saving me from the attempt to take it. When you’re living in the trenches, you don’t realize that making it through another day is a good thing. You regret not leaving. Every day, you grow more angry with having to ask yourself that stupid question again… “Is today a good day to die?” Because you’re bitter for not having had the courage to have responded in the affirmative the morning before and actually ended your suffering already. The pain is too much. The segregation from the rest of the world is too much. The hell that you are locked in is a never-ending purgatory of fear and self-loathing.

I picked up ALL THE BRIGHT PLACES to read again because of the Muskoka Novel Marathon I’ll be doing in two weeks. I want to write a book with that much visceral emotion in it. I want to learn more as a writer by reading it one last time before I go in to the belly of the beast for the writing marathon.

But in reading it, I’m realizing it’s not enough to just say, “Oh, this book would be great to open the dialogue for a mental illness struggles in teens discussion.” We should actually discuss it. Every single day, teens are dragging themselves out of bed with that question in their heads and on their tongues. Every day. Everywhere. They might not have had a ghastly childhood trauma such as sexual abuse or physical abuse. They might be dealing with a bully, or bullies, or sexuality issues or gender confusion, or weight issues, or acne, or self-righteous indignation…does it matter? Whatever issue they are dealing with, it is real to them. It is weighing them down and making them feel LESS THAN.

If you have a teen in your life, ask them. Be on point and just ask them how they are feeling. In the middle of the storm of depression, it is extremely hard to hear outside noise. The screams in your mind are enough to block out most other things. What occasionally turns those screams off, or at least adjusts the volume to a liveable level, is concern. Let them know you care. And don’t just do it once. Be insistent and persistent. Love doesn’t always win. But sometimes it does.

Teens are dying. It really is time to open up a dialogue of prevention. One suicide is one too many. When I think of the amount of times I almost didn’t make it, it’s sobering and staggering. So much of the things that now cause extreme joy in my life would have been missed. IT GETS BETTER is a tangible phrase that brings with it a punch. Because if you allow yourself to struggle through the darkness, it well and truly does get better. It’s when we wake up and ask ourselves, “Is today a good day to die?” and there is nobody there to say, “NO!” that we all fail.

Signs and symptoms of depression in teens can include the following:

Love is a wondrous thing. To feel love for someone you will never ever meet in person is a strange and powerful phenomenon. A lot of us are waking up today to a new reality, one in which Robin Williams commits suicide.

It is an exquisitely intolerable reality.

I don’t know about anyone else, but I just want to scream. I want to start screaming and I don’t want to stop. I lost a dear sweet friend. One who made my life more tolerable at times, less dire. I lost a friend who could, with just a few well-timed words, bring me up from the darkness and make my day a little brighter.

I can’t even begin to imagine how Robin’s family and loved ones are feeling today. Their loss must be so excruciatingly painful.

Wasn’t it always an extraordinary thing to see that man smile. 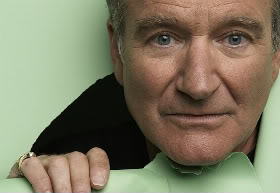 Do not go gentle into that good night,
Old age should burn and rave at close of day;
Rage, rage against the dying of the light. ~ Dylan Thomas 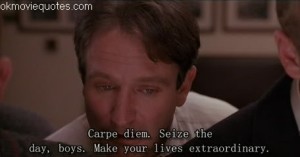 And he did. He gave all of us his extraordinary life. Goodnight, sweet Robin. I love you dearly. Thank you.

LIST OF SUICIDE CRISIS LINES – PLEASE DO NOT BE AFRAID TO MAKE THE CALL. YOU ARE LOVED. YOU MATTER.

The character in IT’S KIND OF A FUNNY STORY who kept repeating the phrase It’ll come to ya was right. It does come to me. Every once in a while I’ll be reading or writing…just lost in words and I’ll think Ned Vizzini is dead. Yeah, it comes to me. Like a shit-ton of bricks. It slaps me across the face.

Ned Vizzini wrote about a difficult subject, one that quite often gets swept under the carpet. And he wrote it for a young adult audience. It’s comforting, when one is struggling with depression and mental illness, to know that they are not alone. Where a lot of people don’t talk about these issues, Ned Vizzini took them on face-first. To read IT’S KIND OF A FUNNY STORY is to see the face of depression head on. Ned wrote about it so well because he suffered from it. So much so that he ended his own life this past December.

He had an enchanted life. His writing was widely appreciated. He had a gazillion fans. The movie version of his novel IT’S KIND OF A FUNNY STORY (and the book itself is on NPR’s 100 Best-Ever Teen Novels list) was a great success. He had a wife and a young son. For all intents and purposes, he was living the life…on top of the world.

It’s not fair. I hate suicide.

Yeah. Sometimes it comes to me. Ned Vizzini is dead.