Labels! They’re so difficult to own. I reluctantly called myself a writer because I was one who put words down on paper. Then, when my first novel was published, I reluctantly called myself an author. In between, I was a poet and a columnist and a freelance writer. These things that define me, if only momentarily, are also the things that seem too monumental for me to be. Even now, it seems impossible. Each one of these labels.

I’m thinking the greatest of my unfathomable writerly accomplishments is, however, none of the above. The whole time I wrote these other things, I imagined a day when I would only write plays. I mean, dialogue is king, right?! Why would I want to do anything else besides put words into the mouths of characters? What’s cooler than seeing your characters come to life on the boards? I can’t think of anything.

Ever since I first read Tennessee Williams, Shakespeare, Molière, and, finally, W. Somerset Maugham, back in high school, I’ve been a bit obsessed with the idea of becoming a playwright. A Streetcar Named Desire blew me away. Entirely. The raw savagery of Stanley Kowalski, mixed with the tragic delusional broken princess of Blanche Dubois was flawless. Even though Tartuffe was written in 1664 it still stands in a league of its own as a comedy. Not to mention Maugham’s The Bread Winner and The Constant Wife…but comedies that have lasted. I don’t even know where to begin with Shakespeare. I just love his plays. I had an English teacher in high school who was a bit of an eccentric–okay, a lot of an eccentric–he used to get us to push the desks to the walls and perform Shakespeare moments together in the centre of the classroom. These were divine moments.

I’ve had many pivotal moments as a writer when I experienced epiphanies about LABELS, as they pertain to writers. One of the biggest was when I realized Matthew Quick wrote both YA Lit and Adult Lit. This gave me permission to do the same. I know it shouldn’t be out-of-the-box thinking that one could cross-pollinate genres, markets, styles, and types of writing. One should just write what calls out to them the loudest to be written. But sometimes it takes seeing other people do things before you can give yourself permission to do them.

The second such epiphany I had was that I could be a novelist and a playwright. Maugham was right there in front of me, all that time. I even had his memoir about skating the duo existence of novelist/playwright to refer to. The Summing Up is one of my favourite books on writing. Why? Because it speaks to me. Maugham was honest about how he discovered his love of writing plays over novels. This quote sums it up nicely:

“Thank God, I can look at a sunset now without having to think how to describe it.” ~ W. Somerset Maugham

Writing plays removes the need for descriptive prose. Not that there’s anything wrong with it, so the saying goes. But when you don’t have the prose between the lines of dialogue, you are faced with only your characters. You are left with conversation. This is, for me, my favourite part of novel writing. It’s nice to slip out of the need to piece together an entire world of description in order to tell a story. When I wrote my first short play, I knew I had found something I would always love. When I saw that play performed, I was hooked forever. Those were my words coming out of the characters’ mouths. It was a thing of magic!

I once wrote on this blog about how to write a 10-minute play. I wrote that post after having had 7 plays performed. I think the advice still stands today. I’m only one 10-minute play shy from having had 10 of them produced now. You can read that post here: HOW TO WRITE A 10-MINUTE PLAY

I will probably always write novels. As freeing as it is to have the director and the actors create the world surrounding the story, it is also rewarding to create that world yourself through prose. BUT…I don’t think I will ever feel as alive as a writer as I feel when I’m writing plays. I love writing the dialogue. I love walking around the house by myself reading the lines aloud to hear if they sound ‘right’. I love working and re-working each line until it does sound right. And I love sitting in my seat in front of the stage seeing real live people perform the words that came from my pen. I feel most evolved as a writer when I can sit back and watch my words take flight. There’s nothing like it. It’s a kind of happiness that begets desire. To watch one’s own play must be a high akin to the high an actor gets at the sound of the applause.

“Happiness, not in another place but this place…not for another hour, but this hour.” ~ Walt Whitman

Try new things. If you’re a poet, don’t be only a poet. If you’re a novelist, don’t be only a novelist. If you’re a sci-fi writer, don’t be only a sci-fi writer. Labels for writers are interchangeable. Unless you wish only to have one, you can have as many as you desire. Writers have great opportunities to allow themselves to constantly evolve. It’s scary to step out of your comfort zone…but only until that next zone you find yourself in fits as nicely as the last one did. Find your happiness as a writer in this hour. If there is something you want to try, don’t let fear stop you from doing so. Let your fear be the fuel you use to tackle it. 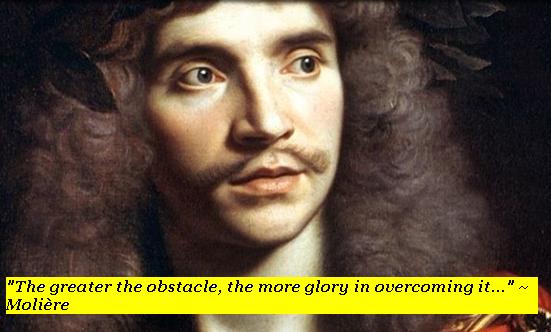