It is with a heavy heart that I announce my return from Europe. Then again, I’m so glad to be back home with loved ones. What a pickle, traveling is. It’s a strange alternate universe where everything you know drops away as you head for The Great Adventure.

Just back from Brussels & Brugge, I have fallen in love with yet another foreign country. Belgium is golden. I would recommend it to anyone. 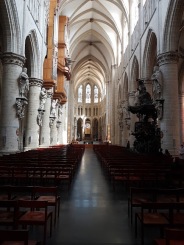 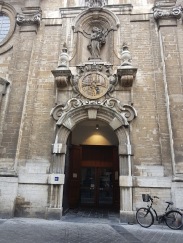 So much of Brussels pulsed with hints and signs of the great pilgrimage of the Camino de Santiago. At times, I just wanted to abandon everything and follow those shells as I followed them across Spain back in 2014. The Camino calls to me every day. It felt like home seeing its signs in Brussels.

Ostensibly, I was there for a self-motivated novel writing marathon, in lieu of attending the 2017 Muskoka Novel Marathon. I had it in my head that I would write a novel while staying in Brussels.

But one cannot visit a country they have never been to without taking a walk about and seeing all there is to see. I believe in injecting myself into the city streets and walking madly off in all directions. It’s the best way to learn a foreign city and make it yours. Boy, did I do that in Brussels. 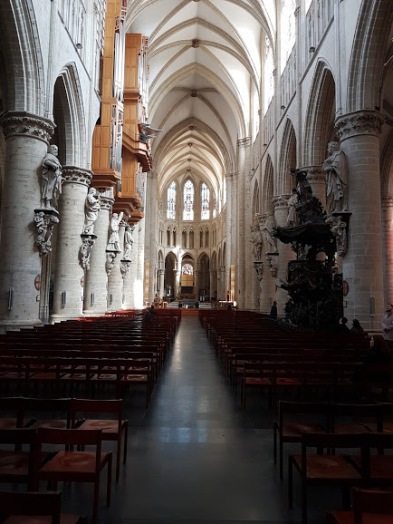 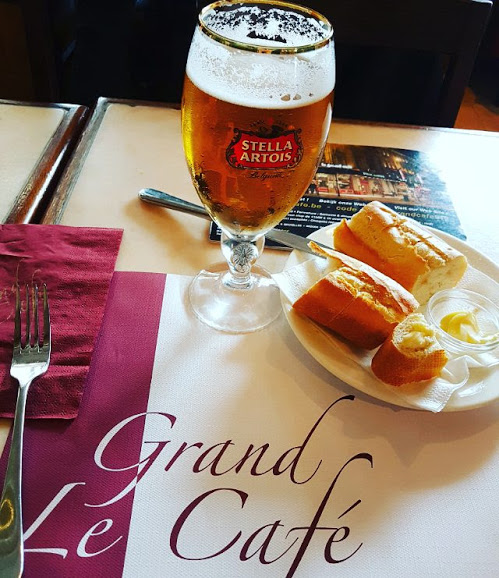 Assorted photos of Brussels. My favourite place to eat was Le Grand Cafe on Boulevard Anspach.–and of course I needed to have a Stella IN Belgium! The city workers painted the crosswalks RAINBOW while I was there. BRUSSELS PRIDE is on May 20th. Just missed it. Try the waffles…they are to die for! And Ellis Gourmet Burgers makes the best burgers in the world! I walked to the top of the Arcade du Cinquantenaire…it’s a beautiful view from atop this triple arch in the centre of Cinquantenaire Park.

Just prior to leaving I had received a WCDR (Writers’ Community of Durham Region) Writing Grant, for which I’m extremely grateful. It served as a reminder to put BIC and get some work done while I was there. I used the grant money to purchase passage to Brugge, where I spent the day exploring the beautiful medieval town. And what tour of Brugge would be complete without climbing to the top of the belfry tower there? The tower has been made famous in the phenomenal 2008 movie IN BRUGES. One of the main characters–Ken, played by Brendan Gleeson–jumped from the top of the tower and died on the cobbles below. 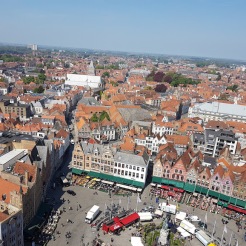 The Belfry Tower in Brugge–a steep climb to the top, but well worth it once you see the breathtaking view of the medieval town spread out below it.

Needless to say, I fell in love with everything I saw. Thankfully, I did get a great start on my novel writing project. Nowhere near what I had hoped for, but the bones are still being formed and it has the momentum it needs. I cannot complain about that. It’s a young adult novel, just over a third done…maybe. 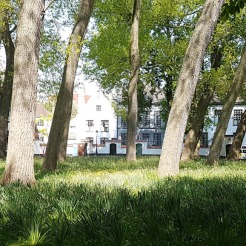 Some more sights from Brugge. including shots from inside the Basilica of the Holy Blood, which is a famous church that houses a venerated relic–a vial said to contain the blood of Christ himself–brought back from the Crusades. The 12th century basilica is located in the Burg Square and has both a lower and an upper chapel. The statuary in these chapels were sad almost to the point of ghastly…and so beautiful in their depiction of pain and sadness.

Now, to get my feet back firmly on the ground here in Toronto and settle in to finish this novel. Travel is a wonderful thing, but so is coming home. Being home. Time to write.