Today was the day!

There is so much beauty in the world. The best way to see it is to GET OUT IN IT. Today, we did that. In so many ways.

First things first. We took an early morning bus ride up one of the many mountains here in Pokhara, Nepal. This trip was to take advantage of a perfect observation deck from which to watch the sunrise as it illuminated the Fishtail Mountain and brought that impressive snow-capped mountain to life. There’s nothing like seeing those first rays ignite the blues, grays and whites of the mountain. It was gorgeous. 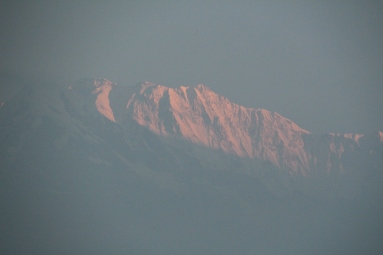 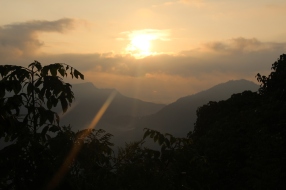 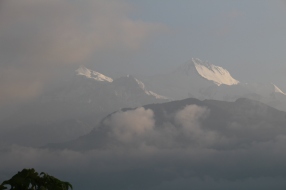 After the sunrise was over, we went back down the mountain and back to the Fewa Lake Pokhara Lakeside area. It was a free day for us. And…we had our bearings. Ranny had taken us on a walk the previous evening, so we knew all the good eats and buys. And where we could access the lake and the boats. There were a few in the group doing the zip-line. I had my eye on the stupa at the top of the hill on the other side of the lake from us. We met up with two of the other G Adventurers and made plans to go hiking to the stupa together!

The Pokhara Shanti Stupa, or the World Peace Pagoda (Shanti Stupa = Peace Pagoda), is at the top of Anadu Hill. It’s a nice hike to the top, but slightly difficult if you’re a beginner. It’s 1100 metres (or 3,600 feet) up, with rock steps, dirt paths, gravel, etc. It’s very beautiful and there are many places along the way where you can stop and take some great shots of the lake and the city of Pokhara on the opposite shore. Extremely picturesque. And you can also watch the paragliders swarming around the hills across the lake. Some gorgeous views that make the difficult trek worthwhile.

But first, the boat ride over to the opposite shore. Such a gorgeous lake, and it’s filled with the most picturesque boats! I couldn’t stop taking pictures of them. 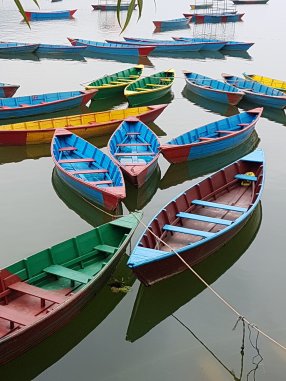 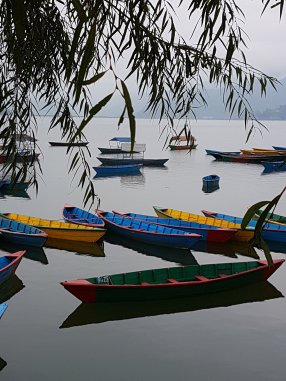 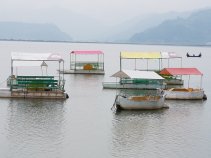 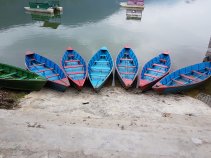 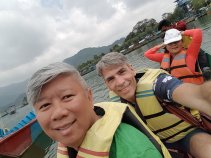 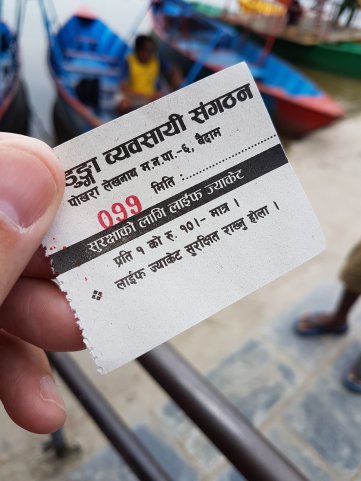 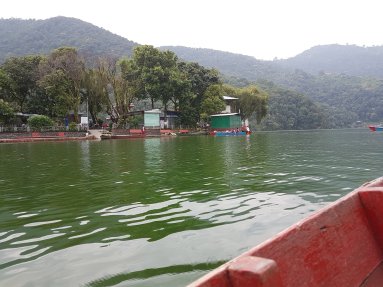 After the boatman took us to the other shore, we were ready to scale the hill (It’s odd calling it a hill when it’s 3,000 ft—but I’m not certain when a hill is considered a mountain). The first thing I did was take my sandals off and put them in my backpack. It was a perfect day for a barefoot walk up a hill to see a stupa! 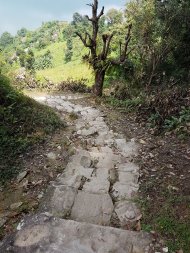 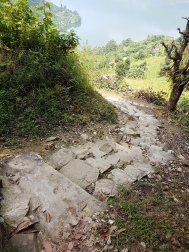 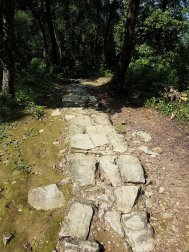 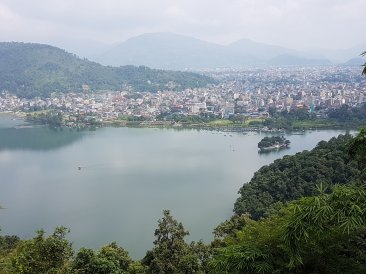 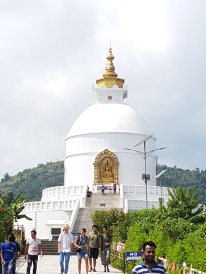 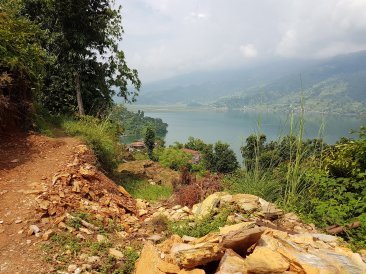 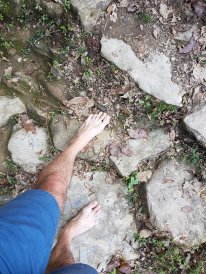 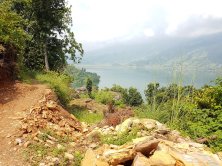 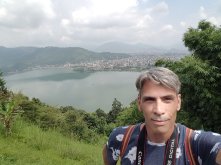 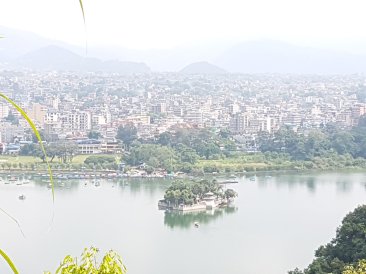 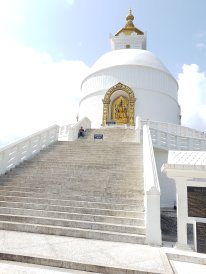 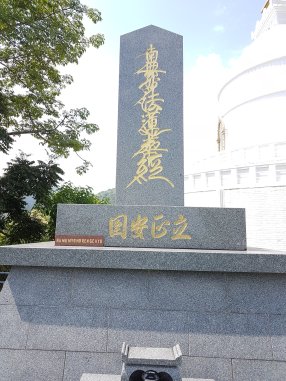 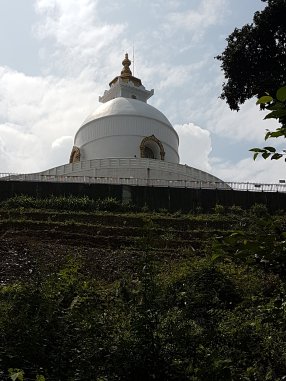 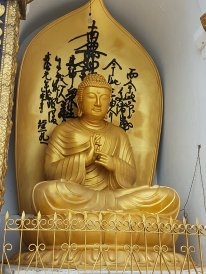 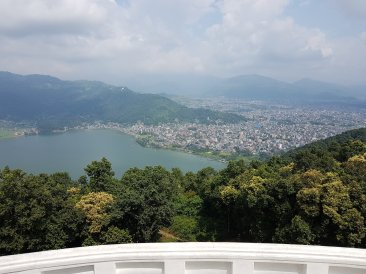 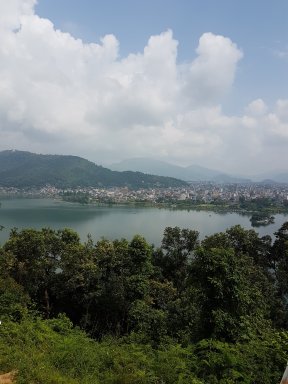 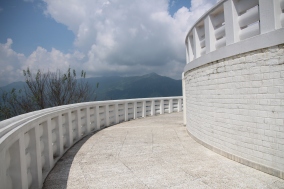 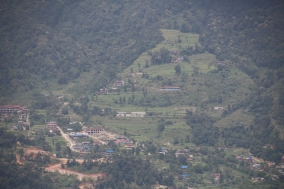 It was SO worth the trip to the top. What a gorgeous symbol of peace the stupa is! It was a solemn and humbling sight to see. Glorious!

After our long afternoon of hiking, we returned to the busy strip in Pokhara and went to a little restaurant called Moondance. Food never tasted so good!

I’ll leave you with this message I found at the top of the ‘mountain’. Good advice, this. Always respect the silence. But sometimes it’s good to jump. Especially when fear holds you back. Just don’t jump off the mountain! 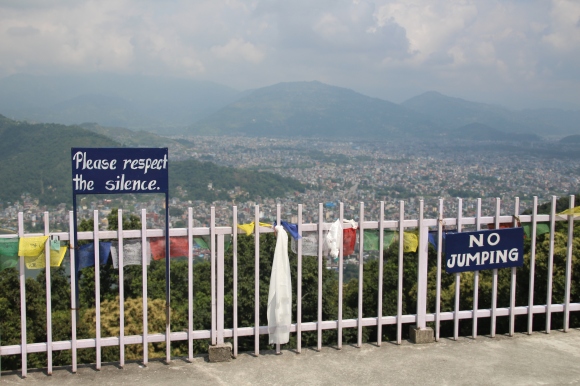