Whenever I feel the need for a faith-lift, I turn to a cute little song called And If Venice is Sinking. I don’t know what it is about the song that hits my core every time I hear it…I’m just glad it’s there.

And If Venice is Sinking was written by John Mann and Geoffrey Kelly of Spirit of the West and it’s a track on their aptly named album FAITHLIFT. 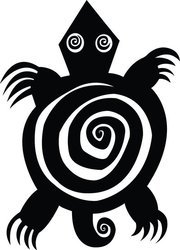 The folk group have a long string of beautiful, poignant, and at times even humorous, songs in their song-vault…but I tend to think of this one as their opus. It has so much raw emotion and beauty that it virtually sparkles. It makes you want to sing along and it makes you believe that everything is going to be okay.

Today, we’re not okay. Today we are mourning the loss of John Mann. The lead singer of the band Spirit of the West passed away yesterday from complications arising from early onset Alzheimer’s Disease, something he was diagnosed with at age 50. He was only 57 years old. I count him high on my list of outstanding Canadian poetic icons…right alongside Leonard Cohen, Gord Downie, Al Purdy and the rest. Not only that, he was such a blessing to see on stage. He loved life and it was evident in his movements.

Canada lost a giant…if you’re unfamiliar with John Mann…it’s time to get acquainted. Look up his work, his legacy, his song. He’s gone too soon. He should be remembered.

I’m certain you will know this one: