Someone asked me recently if I did research, and if so…how much and in what way. Like a lying liar I said, “Nah…I just make shit up.”

It was only after I gave that off the cuff reply that I realized I do research every single time I go away. I research places…I find new settings. Travel is my research.

I first met Paris in the Springtime. Oh, what a beautiful time of the year to see such a gorgeous city come alive.

There’s something about beginning a slow wander from the courtyard of the Louvre, taking the Tuileries through to the base of Champs-Élysées, and wandering all the way up the boulevard to the Arc de Triomphe.
And climbing that spiral staircase and stepping outside at the top of the Arc. (YES…the last time I climbed this staircase, it was a mere couple weeks after my first Camino pilgrimage and I did see a seashell formation when I looked down the staircase from above! It all relates…) 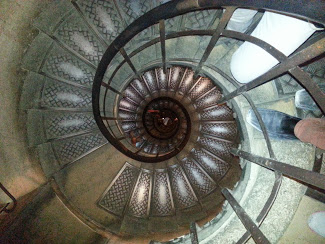 Oh, to see the streets breaking away in an almost wheel from the spoke of the Arc. The lush spring greenery! The buzz of the traffic and the crowds below marching up and down the Champs. It’s just…it’s a place in my heart, that wander. 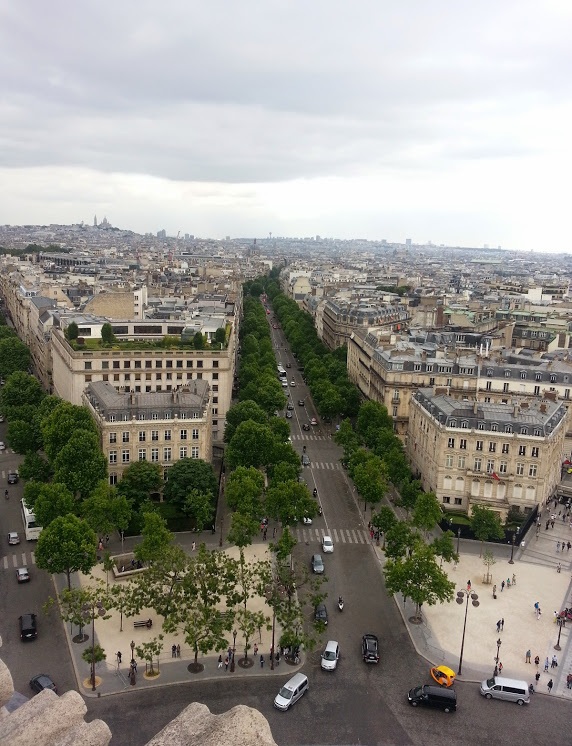 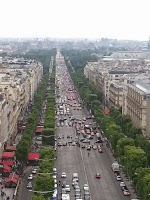 And it’s such a small portion of the city, really. A couple kilometres at most. And so lovely that one can see the Eiffel Tower in the near distance, like a gift ready to be opened, like a sentinel watching over the city…and the trees crowding the thoroughfares, nesting it all in a quaint little aura of hushed tones.

We’re returning to the city of lights and love. Paris in September, I am sure, will have such a different but equally magical vibe. I tend to think of it as a city of wandering. What city is better to walk in, explore, get lost in? It’s like it was made for lazy afternoon strolls and meanderings.

There is the slightly crippled cathedral, and the pretty walkabouts of the Seine. Shakespeare and Company in the shadow of Cathédrale Notre-Dame de Paris…just waiting to be explored…the smell of old books and older legends wafting through the air like a literary elixir summoning all those wanderers who love the written word.

And I can’t forget Montmartre, the village in the heart of the city. A day trip for sure! For the views of the city from Sacré-Cœur alone, it is worth the trip!

Also, I have such fond memories of writing with my fellow LEFT BANK WRITERS RETREAT participants in Luxembourg Gardens in the shadow of the Luxembourg Palace! I will have to revisit! 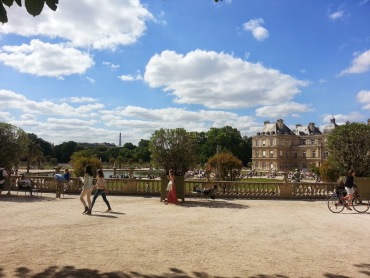 We’ll be heading to some of the sights I didn’t quite make it to on my first visit. Like Père Lachaise Cemetery and the Catacombes de Paris. And hopefully Monet’s Garden and even Palace of Versailles for a day trip. We shall see.
This will be a walking holiday…a wandering meandering outdoor adventure. THIS WILL ALSO VERY MUCH BE A RESEARCH TRIP. I plan on keeping a journal. I have set so many short stories in Paris, but never a novel. It is something I wish to do…though I don’t feel quite familiar enough with the landscape to tackle it as of yet. After this trip, I hope to attempt it. I already feel like Paris is MY city. I imagine most who visit Paris have that feeling of belonging that I experienced the moment I first set foot in Rue Saint-Louis en l’Île. I knew right away it had my heart.

Do I research? Nah. I just make shit up. But in the near future, I hope to have a novel where all the made up shit takes place in Paris.

See you in September my dear city…