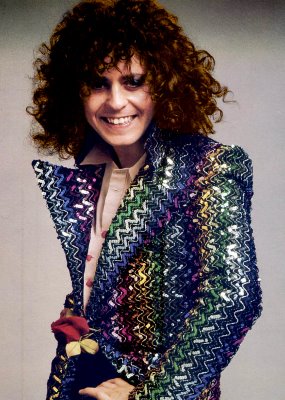 On September 16th, 1977 I was 11-years-old. Exactly one month before, a huge musical icon passed away. He was all over the news. Anybody alive on the planet at the time can probably still remember where they were, and what they were doing, the day Elvis died. The world hadn’t been rocked so heavily since the day Kennedy died.

I think it’s safe to say the world lost some of its innocence the day Elvis left it. Not that it was an extremely innocent place at the time. There was a revolution happening, after all–the dawning of a new epoch. But the world was rocked by the tawdry way in which Elvis died. Celebrity shit was hitting the fan. The lifestyle was not looking so glamorous. Not quite 10 years after the summer of love, 1977 was a hotpot of events. SO much happened that year; the commodore computer, the space shuttle program, Roots, the rings of Uranus, Toronto Blue Jays, Star Wars, the New York City Blackout, Son of Sam, Atari, Food Stamps, Lynyrd Skynyrd plane crash, NEVER MIND THE BOLLOCKS and the Sex Pistols, Saturday Night Fever, and a ridiculous amount of plane crashes. Despite all of this, Elvis Presley’s death was probably the biggest news in the media.

Elvis was okay. The dude was pwning the charts…and rocking the movie box office. He was legendary. I will give credit where credit is due. He was among the daddies of rock ‘n’ roll, after all.

But one month to the day after Elvis passed, the granddaddy of punk was in a tragic car accident. THAT‘s the death that reeled my life at the time. I was a fanatical fan…and I knew we were in for decades of pure unadulterated awesomeness from this iconic monster of glam rock.

My favourite album at the time of Marc Bolan’s death was UNICORN.

That album is one of the biggest of my childhood. Marc Bolan kind of took your hand and said, “Uh uh…music doesn’t have to be conventional. You don’t have to do what everybody else is doing.” He was the best unconventionalist of his time. The man was a living miracle of sound. There wasn’t a T-Rex song I didn’t immediately love. Dude had more game than the industry he reigned over. Well, in my humble opinion anyway. The only guy who came close to him was Bowie. Bolan was Sky Church Music and anybody who wanted a pass could get in for free.

Today is kind of a T-Rex kind of day. I’m working on a novel that takes place in the early 80s. For me, that was a major punk rock stage in my life. But I was also extremely busy attempting to convert my fellow punks to the Church of Bolan at the time. I’ve been listening to Bolan a lot lately. His music really gets my creative juices flowing. T-Rex have been the soundtrack to more than a few of my writing sessions.

I place the odd musical homage into my novels. Music is such an important part of my life. I love to share my fav bands with my readers, when I can. Though this novel is not yet published (obviously, since I’m working on it), I hope it eventually takes that journey. (-: Here’s an excerpt from the novel in question, CHASING EMPTY. The excerpt is my homage to Marc Bolan…purely fictional, but typical of that period in my life. (-; The link will take you to a previous post on this blog…

Elvis may have died in ’77…but Marc Bolan definitely pwned the summer of ’77. His light went out way too early. I never stop wondering where he might have gone, had that car not hit that tree.

CELEBRATE SUMMER was one of Marc’s last nods. One of the lines in the song is, “Summer is Heaven in ’77“. Little did he know.

I’ll leave you with T-Rex‘s CHILDREN OF THE REVOLUTION…because that’s what we were:

Hi Kevin,
So good to know that someone so young (as you say, you were only 11 years old when Marc died) still retains such a passion for Marc. I wish you well with your novel.
Keep a little Marc in your heart,
Danielz
(T.Rextasy)

Thanks for stopping by, Daniel! And THANK YOU for giving Marc to the next generations. He deserves to be heard! Take care.

Hi Kevin,
so happy to meet another fan of Marc’s. Great post, thank you for sharing.
I was 19 when the music died. Marc was a great part of my life from mid-childhood, and still is! My twitter handle (@bolanoid) and my blog – well, one of them, anyway – shows how much of a Marc I still keep in my heart. It’s also time for me to revisit a fantasy novel I wrote almost 20 years ago based on Marc’s works, and I have an idea for another one.

I’ve been corresponding with Tony Visconti on my main project, and will be bringing him up to speed on the second one, which I hope he will agree to be part of.

Here’s a link to my post on Zinc Alloy: http://bolanoids.blogspot.ca/2013/02/zinc-alloy-and-hidden-riders-of-tomorrow.html

Let me know when your novel is available, and I’ll buy a copy!

Take care, dude, and, as Danielz says – Keep a little Marc on your heart!
Paul T.
(The Bolanoid)

Thanks so much for stopping by, Paul! It’s so great to see how loved Marc still is. Good luck on your novel. Thanks!
Kevin